Uzma Samadani, MD PhD FACS FAANS is a private-practice neurosurgeon in Minneapolis MN and brain injury researcher at the University of Minnesota.  She moved to Minneapolis in 2015 and was named to Minneapolis St-Paul Magazine’s “Top Doctors in Neurosurgery” lists in 2016 through 2019.  In 2018 she was on the cover of the “Top Doctors” edition with the byline “The Doctor Will Save You Now.”  In 2018 she also was awarded the “Courageous Woman in Healthcare” award by the Women’s Health Leadership Trust.  Minnesota Monthly dubbed her a “Top Doctor in Minnesota” in 2018 and 2019.

Dr. Samadani is an Associate Professor in the Department of Bioinformatics and Computational Biology at the University of Minnesota with a graduate faculty appointment in Neuroscience.  She is also an attending neurosurgeon at the Minneapolis Veterans Administration Medical Center and founder of the neurodiagnostic start-up Oculogica Inc, which has developed the first baseline free concussion diagnostic cleared for marketing approval by the FDA.  She holds multiple patents related to brain injury, its treatment and its consequences.  She has been named one of the “Most Creative People in Business” by Fast Company magazine.

She is on the Executive Committee of the American Association of Neurological Surgeons/Congress of Neurological Surgeons Joint Section on Neurotrauma and Critical Care and served as Scientific Program Chair for their meeting in conjunction with the National Neurotrauma Society from 2014-7.  She also served as Chair of the Board of ThinkFirst Foundation from 2019 to 2021.  She is past Chair of the Minnesota State Traumatic Brain and Spinal Cord Injury Research Program and a Past-President of Women in Neurosurgery.  She serves on the board of the G4 Alliance.

She has received more than six million dollars in research grants from national and international competitive funding agencies to study diagnostics, risks, outcomes and treatments for brain injury.  She has been funded by the United States Veterans Administration, Department of Defense, National Space and Biomedical Research Institute, Abbott Diagnostic Laboratories, American College of Surgeons, American Association of Neurological Surgeons, Thrasher Research Fund, Integra, the Steven and Alexandra Cohen Foundation and several other organizations.

She is certified by the American Board of Neurological Surgeons and a fellow of the American College of Surgeons and American Association of Neurological Surgeons.  Her research on brain injury has been discussed in the New York Times, LeMonde, LeFigaro, Wired, Washington Post, Sports Illustrated, Forbes, and Minneapolis Star Tribune as well as numerous other media sources.  She has been a speaker at TedMed, the North American Brain Injury Society, National Neurotrauma Society, American Association of Neurological Surgeons meeting and multiple other conferences.  She has published 70 peer-reviewed scientific papers and an additional 30 reviews and chapters including in the Journal of Neurotrauma, JAMA Neurology, Journal of Neurosurgery and the New England Journal of Medicine.

Dr. Samadani also served as an unaffiliated neurotrauma consultant to the National Football League from 2015 to 2018. 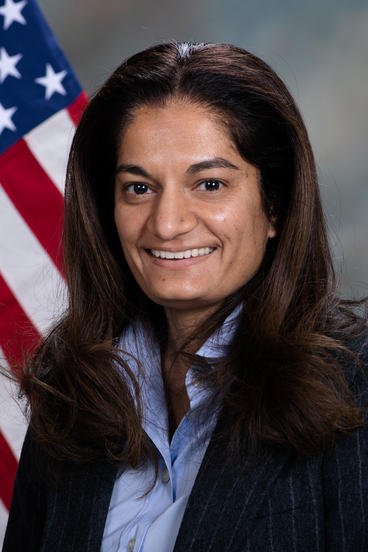